The Seven Ages of Sketch by Al Schraeder

All the world’s a tiny comedy club in a part of town with so-so foot traffic. All the men and women in the world are types of comedy sketches.  The lights come up, the sketches involve varying amounts of movement and silly costume pieces; there are dick and fart jokes, the lights go out. Outro music plays: it’s probably from whatever era the sketches were middle schoolers in, back from when the sketches possessed a general sense of hope vis-a-vis their futures.

Shortest of these is known as the blackout sketch. This sketch gets in, it does its job and it gets out (usually, as the name suggests, it ends with an abrupt kibosh of the stage lights.) It’s like popping open an umbrella, skipping to your car in the rain and then demanding violently that anybody watching you closes their eyes immediately. Sometimes it’s just a set-up for a funny scenario which is funnier to let the audience finish. In this instance, if it’s not funny it’s the audience’s fault.

Then is the prop and costume laden sketch, which a troupe writes a bunch of early on and then gradually writes less and less often once they realize how much time, money, and effort these sketches demand (and after they’ve been prohibited from a couple of comedy clubs because they couldn’t clean up all the rice krispies they spilled on stage for their “Snap, Crackle, Bop It!” sketch in time for the karaoke afterwards). We the people are used to consuming sketch comedy predominately through mainstream-showbiz efforts like Saturday Night Live, Key and Peele, etc. so the burgeoning sketch troupe thinks that their imagination is the only limitation to the manifestation of their humorous whimsies. It’s not. There are many, many limitations. Even a “low budget” television show has a ridiculously large budget compared to you and your compatriots fresh out of chucklefuck school. 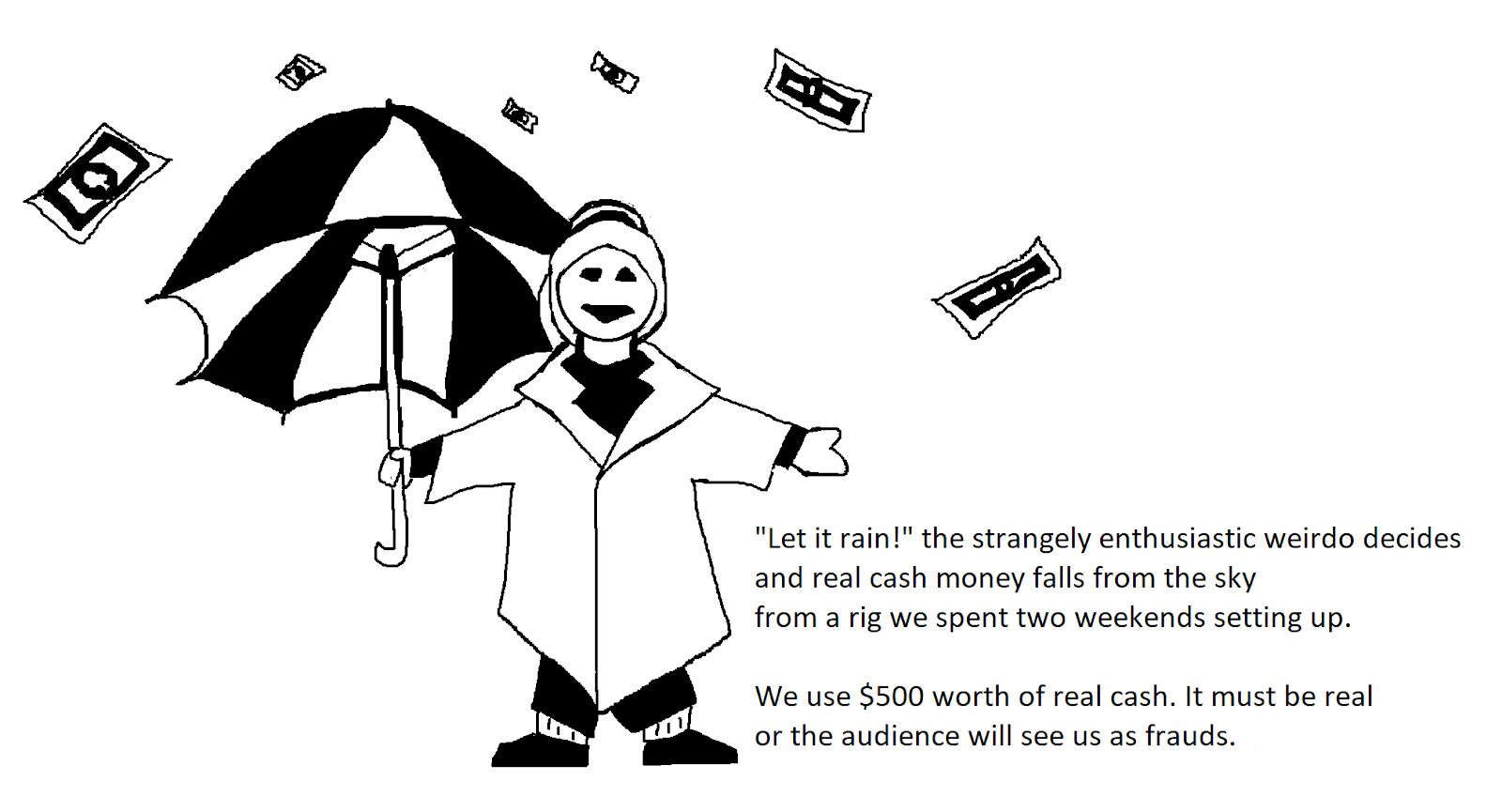 And then comes the character sketch, again, most likely because you’ve watched a lot of Saturday Night Live. A comedian plays a certain role really well. It might be a celebrity or a political figure like George H.W. Bush or it might just be a colorful fictive character like the Church Lady (it doesn’t have to involve Dana Carvey, even though he was on Saturday Night Live when I was in middle school and the whole world was just better). Either way, the sketch is essentially a showcase of how great the actor is at portraying this interesting entity. The sketch itself might have some clever lines. The sketch might have a strong satirical point. The sketch will involve a funny voice.

Good character sketches will always have a place in sketch comedy. Few terrains are as fecund plains to grow blades of comedy grain than the lovingly masturbatory relationship that exists between an apt player and a fitted character that that player plays. Bad character sketches are especially painful. This makes character sketches a lot like lovers…which is why this type of sketch is ordered third in this whole play-off of Shakespeare’s Seven Ages of Man speech thing I’m doing, in which the third age was the lover, sighing like a furnace…(sigh). 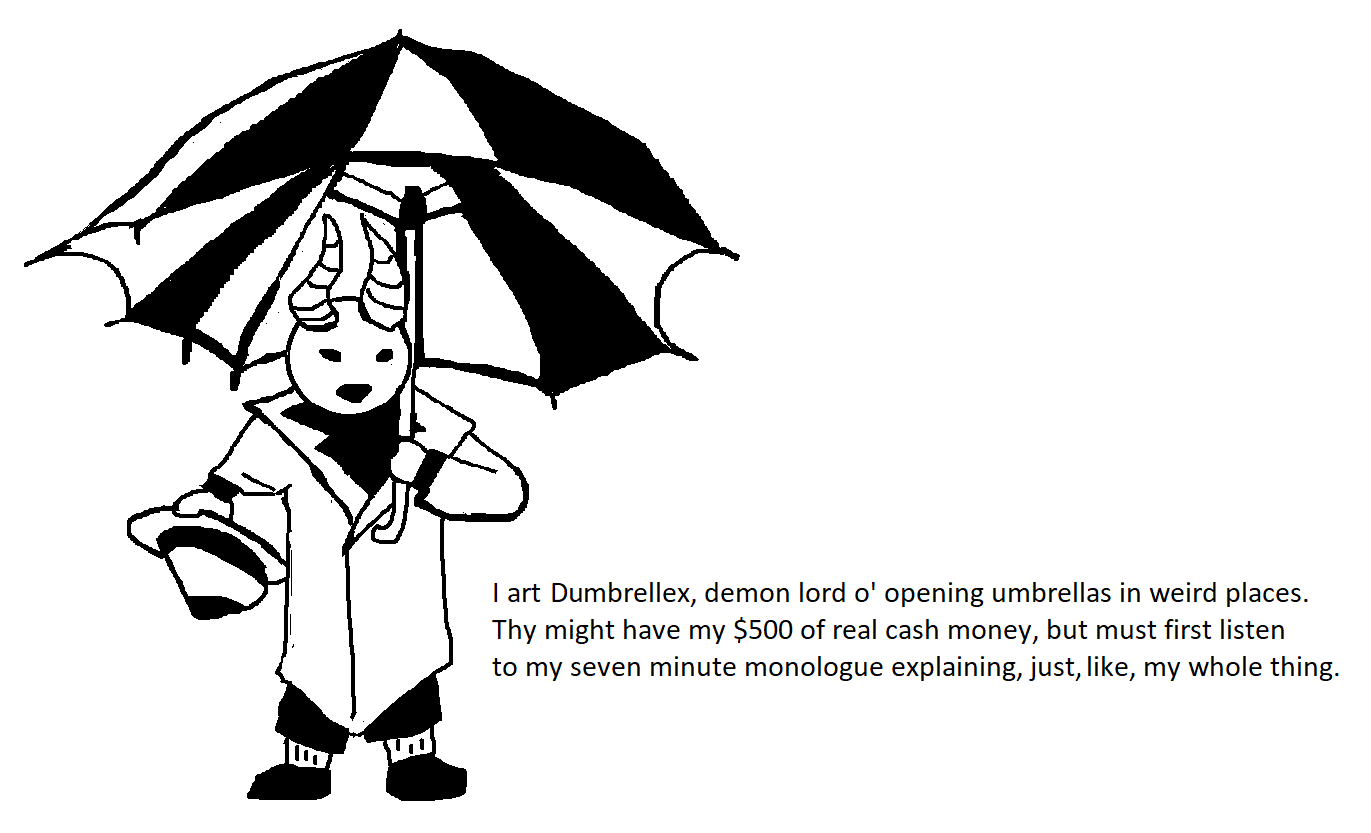 Then a physical comedy and / or musical sketch. Which I sometimes call the throwing it back to Vaudeville sketch. These sketches involve a great deal of skill and practice or they suck real hard and they cause you to hurt yourself, so they’re best attempted by comedians with a decent amount of experience. That said, the only way to get good at something is to go for it, which is why I once bruised a vertebrae trying to do that wall-kick flip thing that Donald O’ Connor does in “Singing in the Rain.” 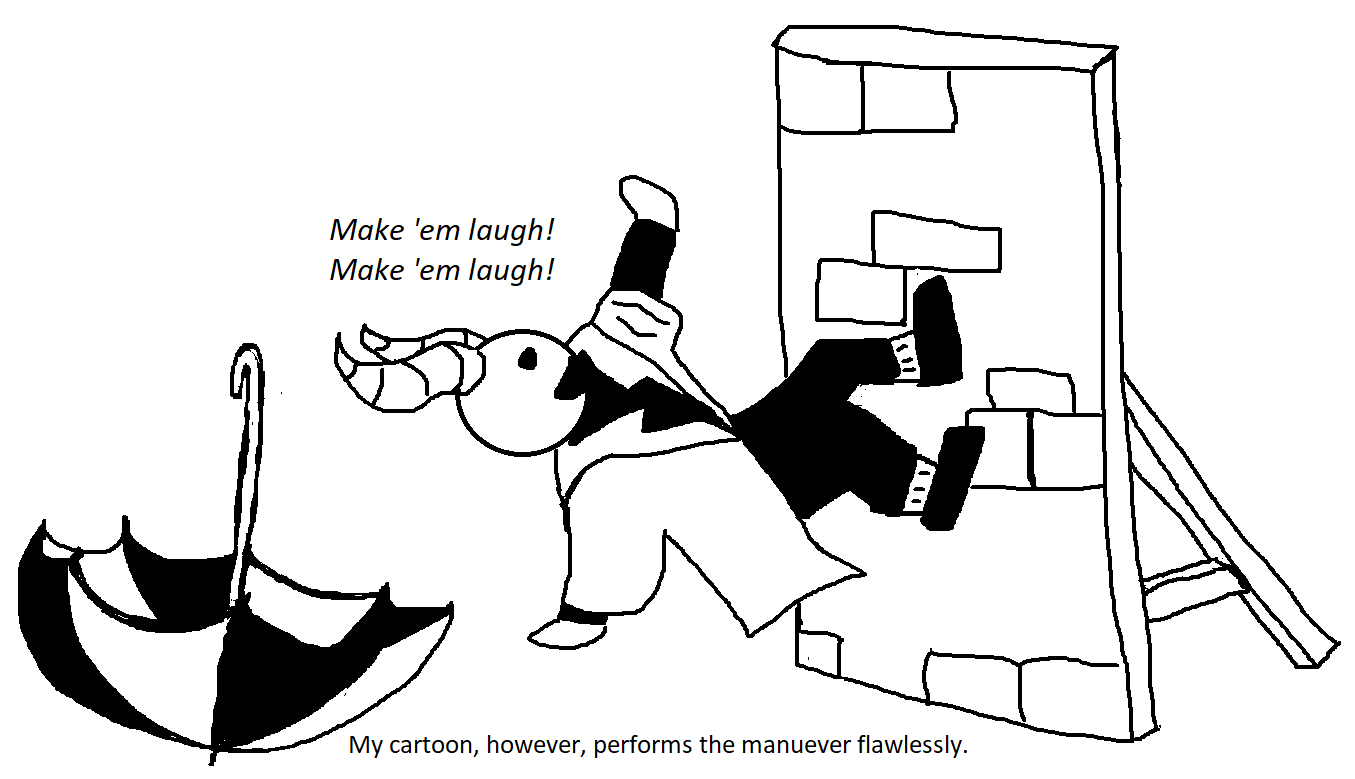 You might have noticed that this age is really more of two ages because I cheated and I used the “and / or” structure.  You can do musical comedy without including a highly physical element to it. But should you? How hard is it to strum a guitar and do that wall-kick flip thing? 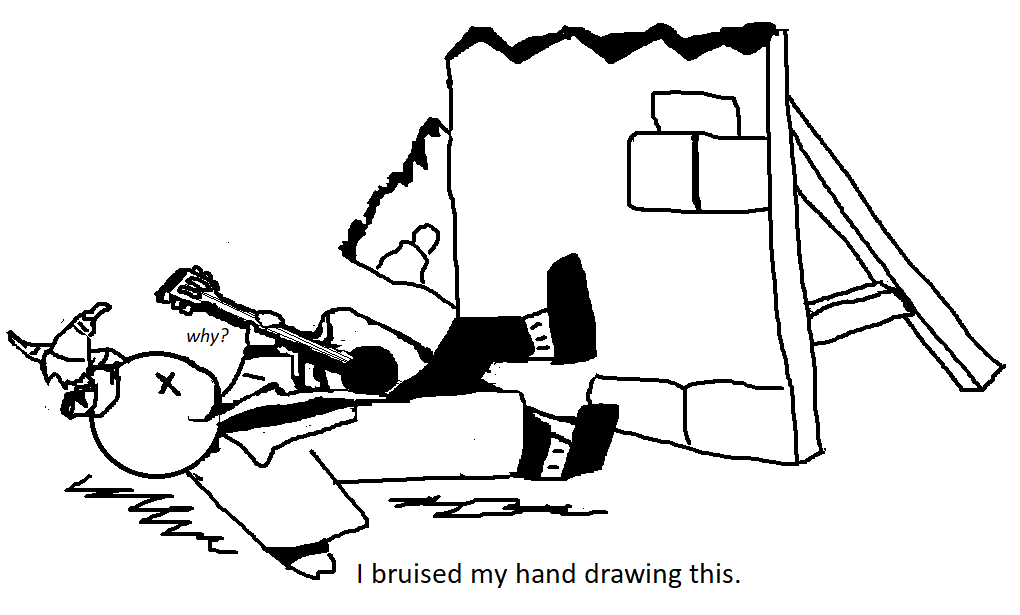 Okay. Fair enough. It’s impossible to do that, and the musical comedy market is plenty formidable when it lets the audio do the lion’s share of the funny.

Which, speaking of getting out to a wider market, brings us to the fifth age of sketch comedy: the video sketch.

This age, like the last age, is a bit of a cheat on my part because it can sort of include all types of sketches. However, I argue that it’s not a total cheat because the quintessential video sketch is more than pointing the camera at a live performance. What I’m talking about when I talk about a video sketch, really, is a sketch which uses the language of cinema to craft comedic effects which would be completely different on stage – not necessarily worse or better, just different – because the whole medium of communication is different.

Take Tom Schiller’s “Don’t Look Back in Anger” sketch from early era SNL. (It’s the one were John Belushi dances on the graves of the other cast members). It uses an aged, black and white film grain-style to accentuate some portending insight, which is indicative of an arthouse film; it probably even parodies some more pointed content from the cinematic sphere that I don’t fully understand because I wasn’t hip with it, or alive, in the 1970s (often a key purpose of using a video sketch is to sharpen the skewer on a very specific film style. Fred Armisen and Bill Hader’s “Documentary Now!” is pretty much dedicated to this sort of thing). Anyways, this all builds up to the humorous juxtaposition of Belushi’s jig at the end of the sketch. On the stage, it would be a character sketch wherein a costume laden old John Belushi delivers a monologue. It would probably still be funny, or in the least, interesting. Then John Belushi would dance, which again, because it’s John Belushi would probably be entertaining but the whole thing would be kinda off, right? Sort of lacking context?

As I consider it, I realize “Don’t Look Back In Anger” might very well qualify as a physical sketch though. Or maybe, because the abruptness of the end beat is an important aspect, is it a blackout? All of these “ages” really overlap like crazy… 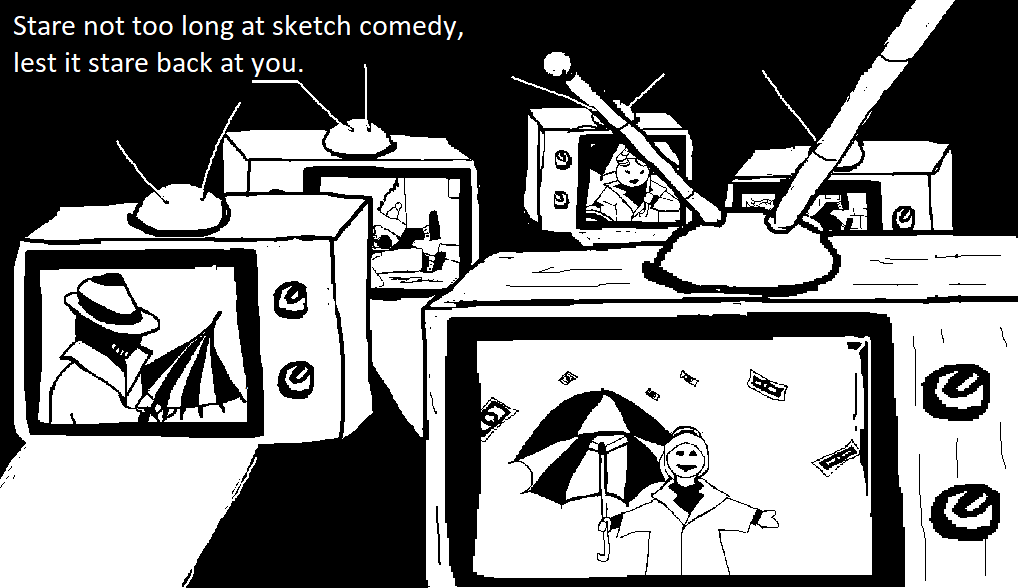 The second to last stage is rambling, borderline nonsensical banter which you make people witness. Why am I writing this? What’s the point? Doesn’t everything just muddle together? Should I have cheese for lunch? I always have some form of cheese for some meal during the day. It might as well be for lunch.

Last is oblivion. As is the last age of everything. CLOSE YOUR EYES IMMEDIATELY!!!