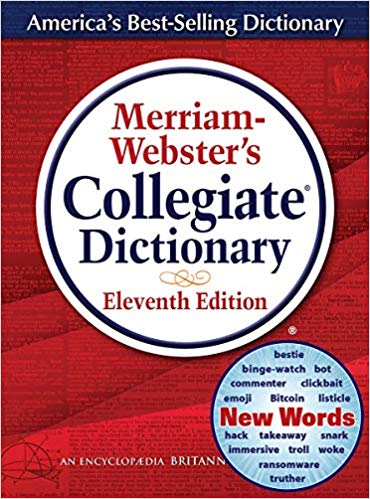 There are no words to describe how useful a dictionary is – as a prop. It’s big and it’s weighty and its shape just screams out “Hello, audience! I’m a book!” so it’s equally adept at portraying itself or any of its fellow big ‘ole bricks of paper and ink: bibles, cookbooks, lists of things that make you go mmm – you name it. Also, dictionaries are ubiquitous (at least they once were before we could access a lion’s share of the world’s linguistic information with our pants gizmos) so you can probably nab one from your grandparents’ study. Even if you’re bereft of a tangible tome and you have to purchase something, a dictionary is a pretty cheap variety of the big book prop that you can find at most local thrift stores.

This easy to come by aspect is why I prefer, in particular, a Merriam-Webster’s dictionary. These dictionaries have been spread across America since the early 1800s by Moses Webster, a mythical lexicographer who legend states possessed a noggin so large that he wore a full-grown elephant skull for a cap. He is said to have traversed from the Hollywood Hills to the boardwalks of New Jersey on his steed, a catoblepas named Merriam, who is credited with making most of the pair’s business decisions via Morse code thumped out with her hoof. I prefer the Merriam-Webster’s Collegiate Dictionary especially, because it suggests that I went to college and am smart. 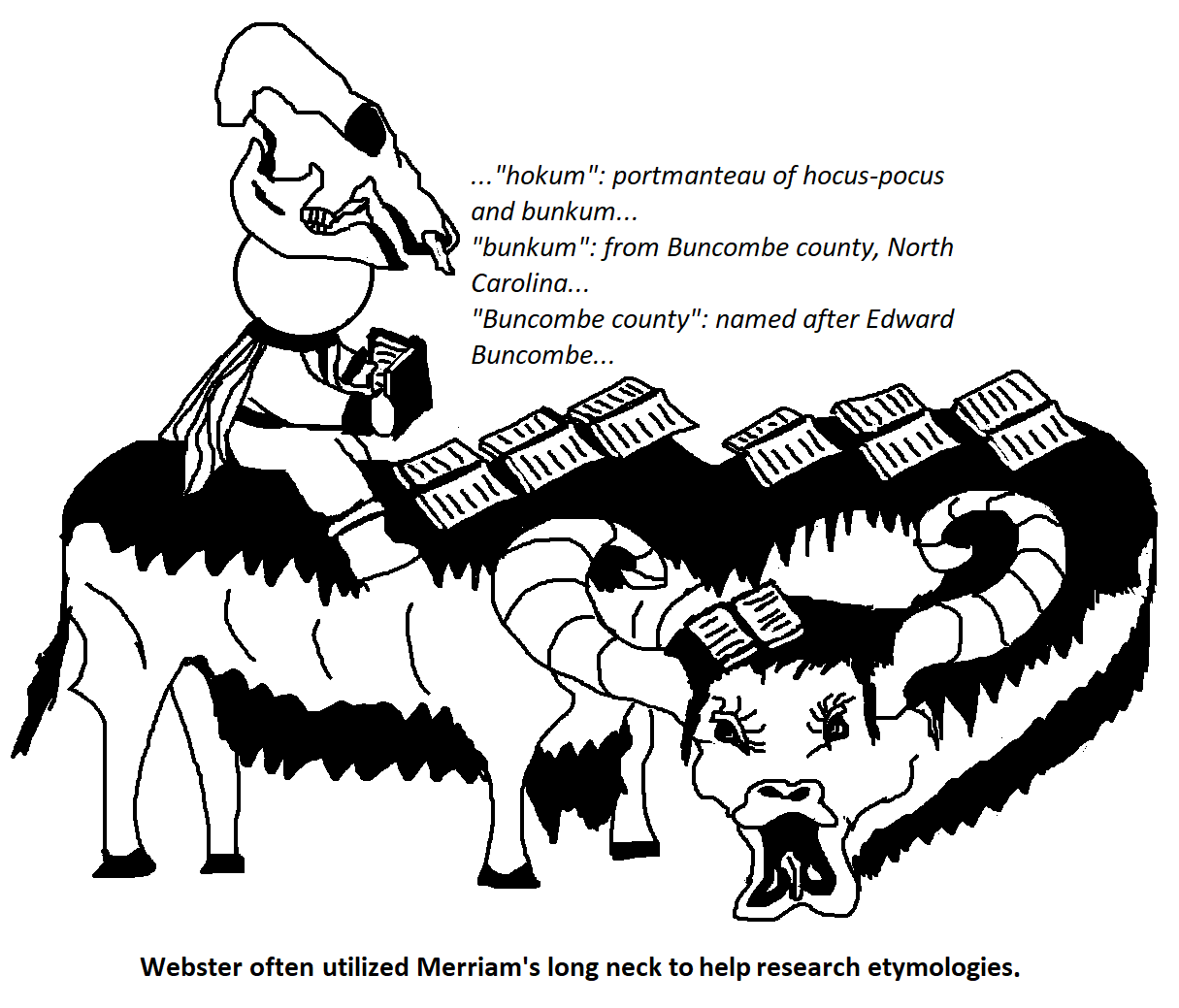 A Collegiate dictionary is also the perfect size for onstage handling. It’s not as big as an Unabridged, so you can hold it in one hand, swing it around, and slam it onto the floor with both gusto and fluidity. It’s big enough that it makes for a very satisfying smack whenever it connects with solid matter. It is also durable, made, as it is, to tumble out of a bicycle bag on the quad, to spank pledges at a fraternity ritual, or to pad out an at-minimum eight-page essay typed furiously at the last moment. I have abused my current dictionary prop heartily, and it is still mostly intact. A few pages have started to fall out, but considering how often and how furiously I hurl that thing to the earth – like it’s the red devil Lucifer and I’m the righteous archangel Michael – it’s doing pretty good. 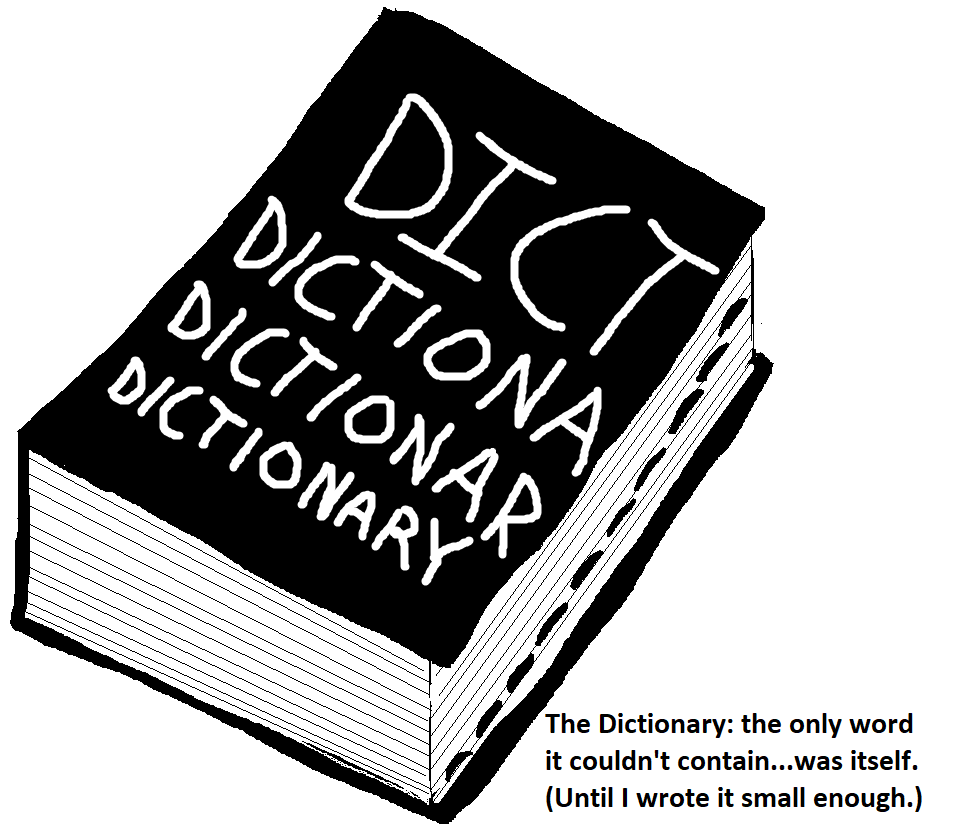 Looking to buy your own? Use this link to give us a kickback.

to give us a kickback.