Why I Write Comedy, a Heroic and Selfless Endeavor by Al Schraeder

What is best in life? It is, according to Conan the Barbarian after he decided to multiclass with a level of comedian: “to crush my audience with laughter, to see the frustrating banality of everyday life driven before me, and to hear the lamentation of other comics bitching about having no money. 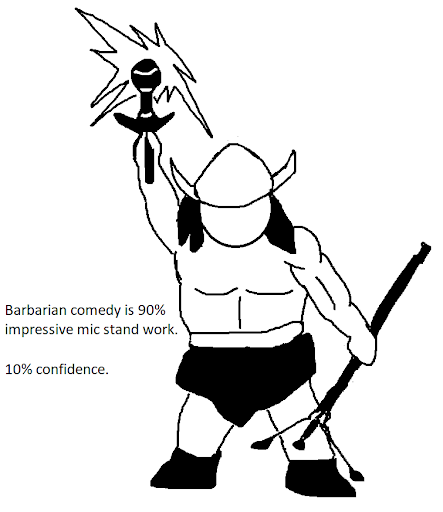 Unless you’re on the very highest tier of the comedy ziggurat, where upon one assumes you teabag a hillock of cocaine every morning and snort pure diamonds for brunchtime, writing comedy is not a very profitable way to spend one’s time. So why? Why do I spend so much time on it if not for the cold. hard. cash?

To save the world.

That’s right. Comedy is the one and only way that I have to save this entire cold. hard. world. How else would I go about it?

Political activisim does not solve much: it’s not swift or entertaining and it doesn’t scratch my incessant itch for instant gratification. Being helpful to my local community and emotionally available to my closet friends and family members does not solve much: I don’t why; we’re all difficult people

Nope. The only way to adequately wrestle with and then to feel for a brief, fleeting moment as if I have dominated the many frightening, painful, and overwhelming pitfalls that are intrinsic to the landscape of all of this fragile human existence is for me to write comedy that is somehow inspired by the crap that causes me anxiety.

How does this help anything? Well, the bits of humor that I write are metaphorical signposts which stand next to life’s metaphorical pockmarks of depression, proclaiming: “There’s a ditch here. What’s with that? Am I right, People?”

I like this pit conceit, so I’m gonna drill down into it – down, down into the cold. hard. ground:

Signposts / jokes can vary greatly in their cleverness and their overall effect, but in the very least, the presence of one still serves to make people think for a second – but a second, or perhaps, perhaps, two seconds – before striding blindly past into whatever real life issue the message relates. It forces the reader to think about what they think of that hole in the ground. (Before the sign was put up they might not have even thought that the hole was even signage-worthy! The Philistines!)  Wherein one person sees an obstacle, another might see a destination: a cozy burrow with a cute badger in it that they’d like to explore – or maybe the badger inside is rabid. The point being that signs have their limitations but that they’re still…they’re there…and they make us feel…something…and that’s better? 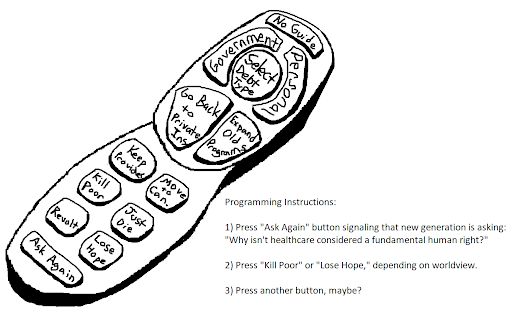 Did I make you think just then? You bet I did, because you can’t stop thinking. It’s intrinsic to being alive.

But also because of comedy!

Activities that address the issues more directly (like the aforementioned activisim or a sense of personal responsibility in your everyday life) would be more akin to trying to fill in all the holes in your life, either by getting society to change or by doing it yourself. They are, I will admit, more effective strategies for crafting a more level and attractive landscape, but they are also extremely time and energy consuming and there’s a good chance that some asshole is just gonna come by and re-create the shit-pit you just eliminated in their own quixotic quest to fill up a different ditch or to make a mountain for themselves to climb upon and rest their balls on their hillock of cocaine and diamonds. (This represents the increasing discrepancy of wealth in our society; truly, mine is a powerful metaphor.)

Compared to shoveling through bullshit until you actually change something about your world to a signficant degree, just placing a funny note next to a given problem is easy; it is surprising, somewhat helpful most of the time; and it is extremely repeatable. So, I’m a hero. Like Conan.